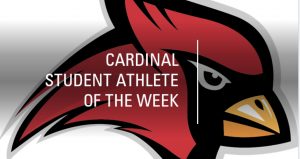 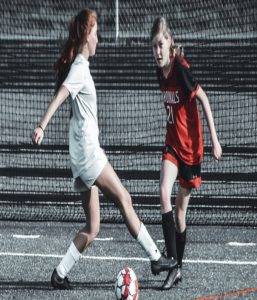 This week’s Student Athlete of the Week for the Cardinal’s women’s soccer program is sophomore Taryn Woolley. Taryn currently has a 4.0 GPA and scored her first career goal as a Cardinal in the win over Southern High. 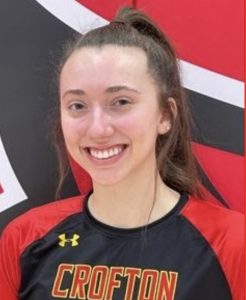 Cora led the team in serving accuracy and blocks in the teams wins against South River and Southern this week. Cora dominated the middle of the court by blocking and hitting effectively. Her dominance gave the opposition limited opportunities to attack our defenders in both wins. 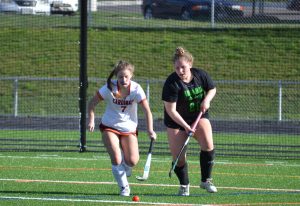 Lindsey consistently works hard and is very dangerous around the goal. She scored the game winning goal in our win over South River off a beautiful deflection.  She also had a hat trick in our game against Southern. 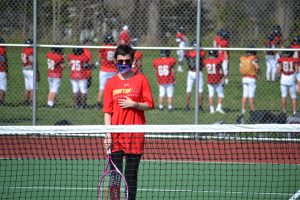 Kathleen brings energy and excitement to every practice.  Her positivity is infectious and brings a smile to her teammates and coaches faces alike.  Since we began our season, Kathleen has shown tremendous improvement.  Not only is she hitting the ball better, but she is also communicating with her partner, making them a stronger team!  She played very well last week at our teams first playdate. We know this is just the start of Kathleen’s success and look forward to her continued improvement. 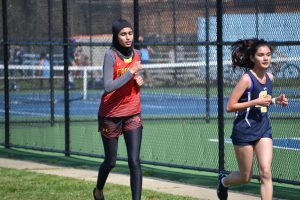 Hala learned for her performance Monday at South River, worked hard all week in practice and improved her time by three and a half minutes at Chesapeake on Friday. 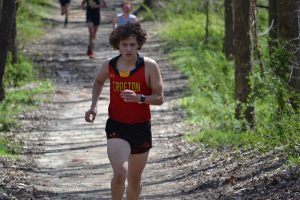 After a self-proclaimed disappointing time at South River, a dedicated week of practice led to a time almost 30 seconds after to record a sub-20 minute time for the first time this season. 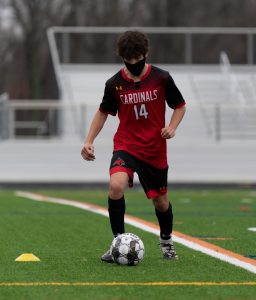 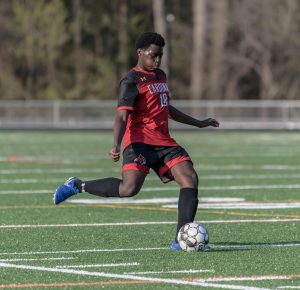 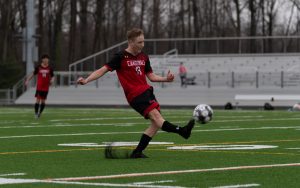 All four players have stepped and been a brick wall defensively. This group has only allowed 2 goals on the season thus far and assisting our goalkeepers in securing three shutouts on the season.  Each of these players deserve to be recognized for their defensive prowess and leadership over the past two weeks. 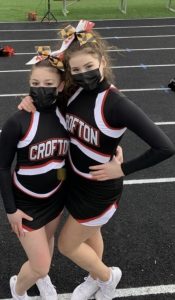 Farah has consistently shown a high level of determination and motivation at practice. Her teammates are also influenced by her leadership and dedication to the which positively impacts the team’s performances. Farah brings a level of creativity to our team which is truly unique and appreciated.